Elephants, in sets of three, lumbered into my consciousness last Friday.

Here in the Zambezi Valley where the parched winter days are slowly desiccating the leaves and grasses; where bush fires are randomly lit in the hope of speeding up the succulent shoots of grass; where the lack of food induces the migration of wild animals looking for greener pastures, it’s elephant time.

For tourists their arrival is a wondrous thing; for farmers and villagers their arrival triggers a traumatic stress disorder. For the elephants, ha! A farm such as ours is like coming upon a Whole Foods or Food Lovers’ Market in the middle of the Kalahari Desert. Just imagine being the hungry elephant that first smells an oasis of growing wheat sitting alongside laden banana trees?

The way Chris has told me stories about the challenges of keeping elephants out of his crops in the past, it’s as if the animals plan their excursions as we would at boarding school when going on a secret raid to… 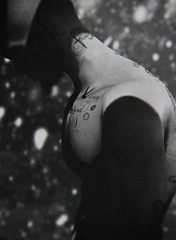